Often overshadowed by its smaller, but louder southern neighbour (the USA), Canada enjoyed the spotlight over 2017 as it celebrated its 150th birthday. The occasion was marked, nationwide and throughout 2017, with a string of vivacious events celebrating Canada's diverse culture and heritage. Now that the dust has settled and the festivities calmed, you can experience the natural wonders of the world's second largest country - on Collette's Canadian tours. But which one will you choose? 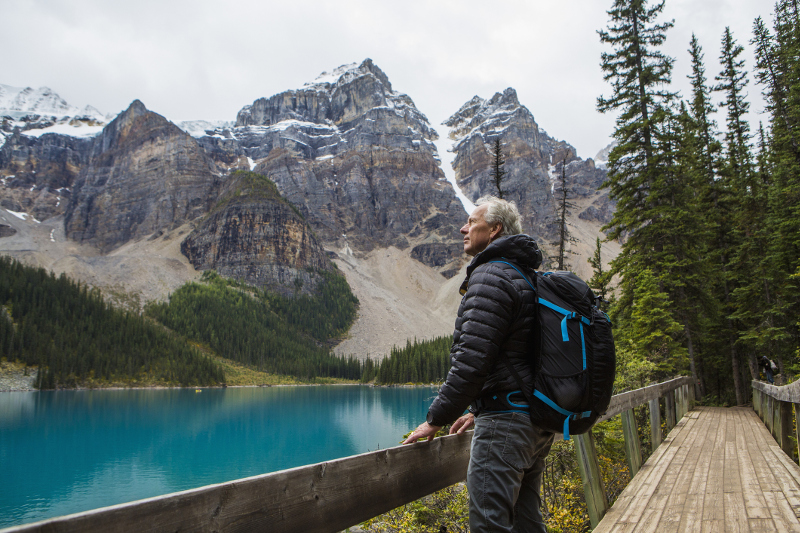 After two days' savouring Vancouver - frequently voted one of the planet's most liveable cities - you'll overnight on VIA Rail's The Canadian, one of North America's most vaunted train rides. It snakes up into the Canadian Rockies, where you'll encounter swathes of picture-perfect mountain scenery, from the mesmerising Moraine Lake and the Valley of the Ten Peaks to the awe-inspiring Columbia Icefield, which you can gawp at from inside a huge all-terrain vehicle or by treading the lofty, glass-floored Glacier Skywalk. 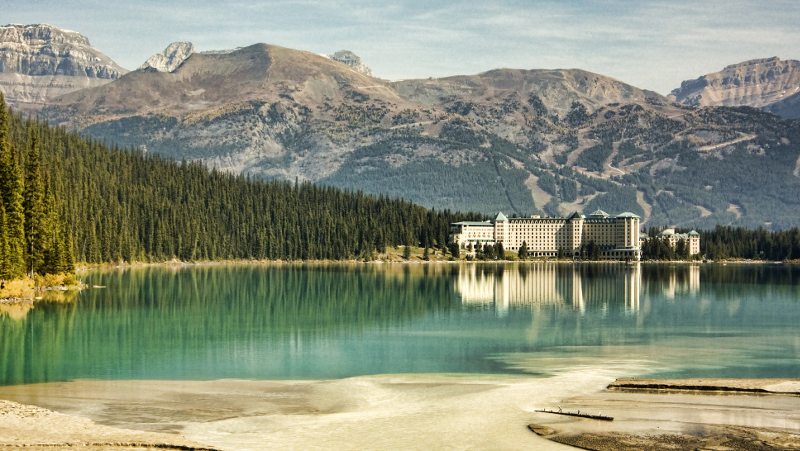 Adding to the allure of this ten-day tour is being able to enjoy the great outdoors, whilst recuperating in some mighty fine hotels. Accommodation includes the Fairmont Banff Springs and the Fairmont Chateau Lake Louise. Join this tour on selected dates in July and you'll also witness the Calgary Stampede - a world-famous rodeo and fair which Canadians call 'The Greatest Outdoor Show on Earth'. 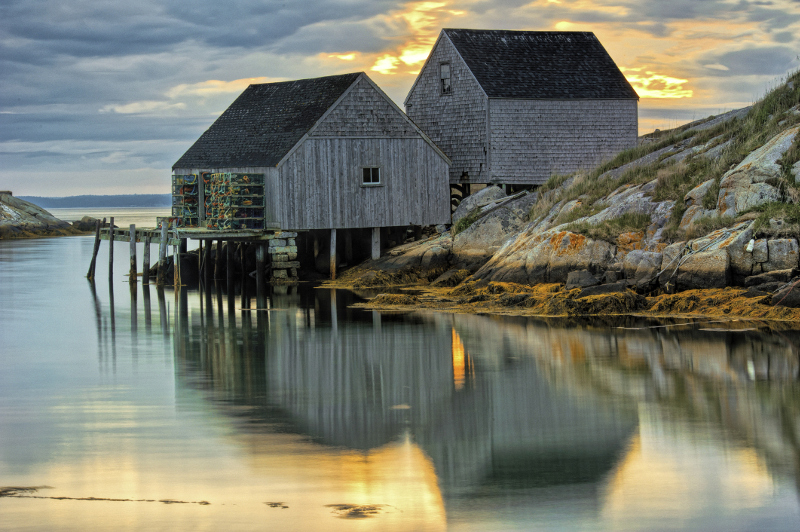 Relatively undiscovered by tourists, the provinces of Canada's far east take centre stage in this beguiling 11-day adventure which begins in Halifax, the charming capital of Nova Scotia. Breathe in memorable, salty-aired vistas of the Atlantic Ocean at nearby Peggy's Cove, a fishing village home to one of Canada's most iconic lighthouses. After cruising over to Prince Edward Island, you'll tour the rolling landscapes that were the bucolic backdrop to Anne of Green Gables, Lucy Maud Montgomery's classic 1908 novel.

Then it's into New Brunswick, where you'll feast on delicious Maritime lobster and take in the startling coastal scenery around the Bay of Fundy. As well as admiring Hopewell Rocks, a series of dramatic rock formations sculpted by the world's highest tides, you'll venture along the Fundy Trail, a seaside route characterised by its craggy cliffs, thunderous waves and rewarding lookouts. Over 260 species of birds have been spotted in these parts, including hawks, eagles and the Black Capped Chickadee (New Brunswick's 'official' provincial bird). 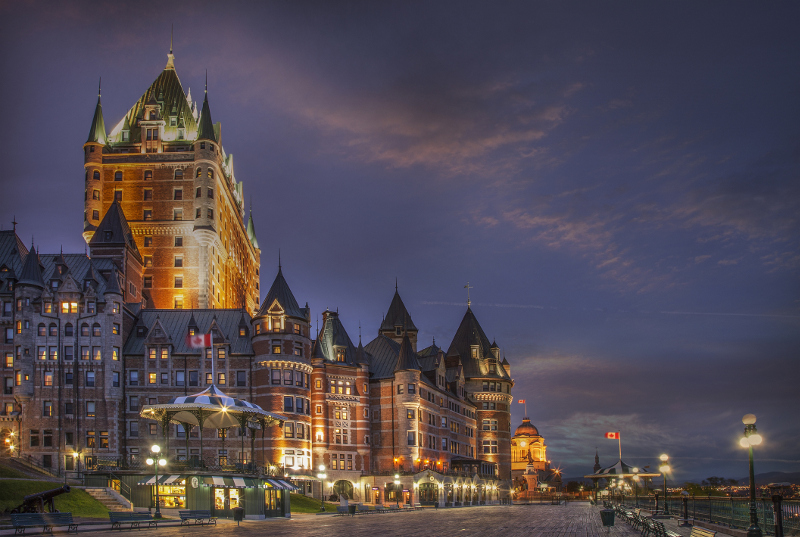 This enchanting eight-day tour flaunts the cultural and natural jewels of Quebec, a French-speaking oasis in a predominantly Anglophone country. After discovering Montreal, a buzzing metropolis that this year toasts its 375th anniversary, you'll head north to Quebec City, where you'll check into Fairmont Le Chateau Frontenac, a grandiose hotel that lords over the Parisian-flavoured cobbled streets of this, North America's oldest walled city north of Mexico. Myriad treats await in the pastoral countryside surrounding Quebec City.

Learn how to make 'maple taffy' - a traditional syrup snack - at a rustic 'sugar shack', before delving into the Charlevoix region for a ferry ride to L'Isle-aux-Coudres, a tranquil island in the St Lawrence River (on which you'll also enjoy a whale-watching expedition). You'll bed down at the Fairmont Le Manoir Richelieu, a chic five-star waterfront hotel hedged by pretty forested hills. Bon voyage! 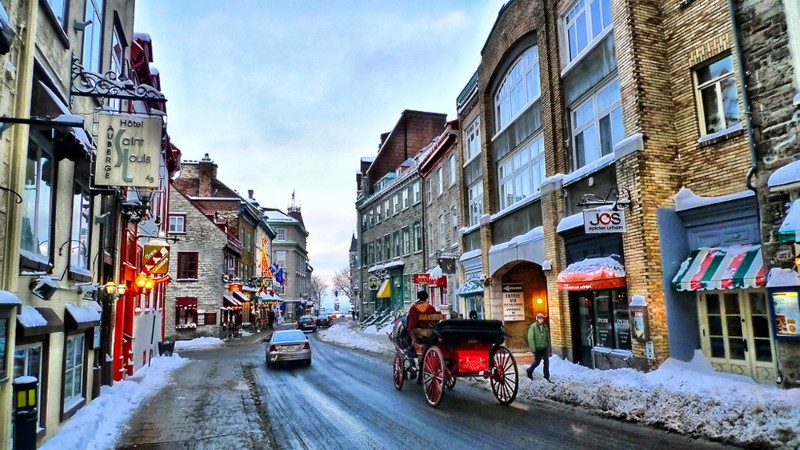 The quirky European charm of Quebec

The Best of Eastern Canada

Whilst the first part of this nine-day tour takes in the highlights of Quebec, the second part showcases Ontario. And of all the gems in Canada's most populated province, they don't come any more dazzling than Niagara Falls. Don a poncho and hop on a Hornblower cruise, which takes passengers so close to these wonderous waterfalls that you'll feel the spray. Afterwards, mosey around Niagara-on-the-Lake, a contender for Canada's quaintest town with its tree-and-flower lined streets and handsome heritage buildings that house cafes, restaurants and boutiques. 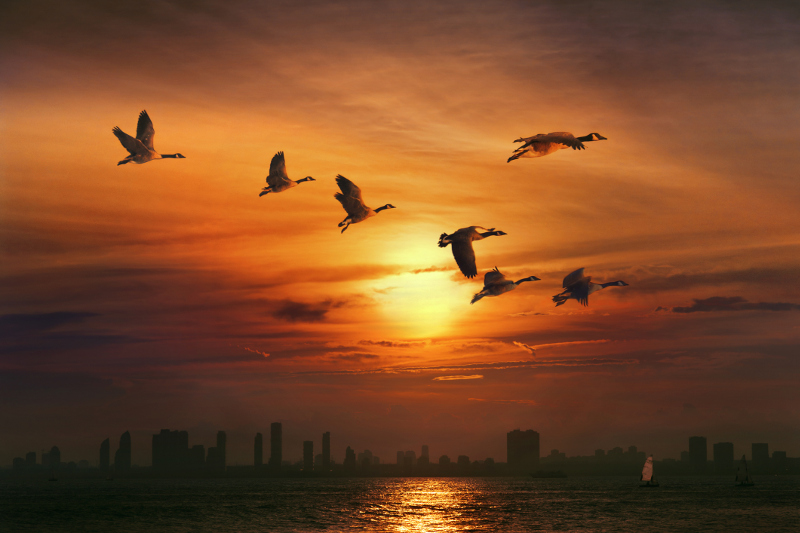 This tour - which also includes a night in the elegant Canadian capital, Ottawa - ends in Toronto, the country's biggest and most cosmopolitan city. Here you'll find world-class sights like the CN Tower, a patchwork of eclectic neighbourhoods and a revitalised harbourfront hugging Lake Ontario.